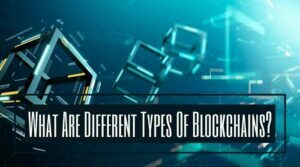 Those definitions can include:

We’ll examine these below. The thing to remember about blockchain technology for the newcomer? Blockchains are what you could call distributed public ledgers that contain the record of transactions among other things–the blockchain is NOT the cryptocurrency, it facilitates the mining, minting, buying, selling, and trading of crypto.

As the name implies, the public blockchain is something that anyone can use to mine, buy, sell, trade, etc.

But to mine coins on a public blockchain, you’ll need to use more computing power than for “normal operations” and specific equipment on top of that. To buy, sell, and trade on public networks you do not need a third party–just you and your seller, trader, or buyer.

But you can use third-party platforms associated with the network for your transactions, too. Anyone can use the public option.

This entity is responsible for establishing “consensus protocols” that help keep operations on the blockchain basically honest. Validation, proof of work, proof of stake, and other measures may all be part of this.

This is a shared blockchain “ledger” or record of all transactions, but the private nature of these blockchains may offer a higher level of security (or not) depending on the authority running them.

Remember that there are no centralized governing bodies regulating this type of speculative investment opportunity, so you will need to carefully research the players and users of a given private blockchain yourself. While some may choose to learn the hard way, it’s not recommended when investing money into crypto at any level.

The number of companies or people, the types of operations, and the amount of permission needed for certain operations may be arrived at by consensus rather than the dictates of an individual buyer, seller, trader, or commercial entity.

A Word About Permissioned Blockchain Networks

A “permissioned” blockchain network can be set up for both private and public blockchain operations.

That means that, in the context of the public version, there may be an open invite to the public but there are restrictions on who can actually use the network and how. In other words, you may be dealing with a tiered permission structure that is not all things for all users.

In the age of hackers, scams, and other online problems, the permissioned network could be viewed as a necessary inconvenience for some, and a sense-of-security-adding feature for others.

Blockchain technology functions in a decentralized way, but the way it works is to put data into blocks with each block connected to the one before it. The arrangement of these blocks, according to IBM, makes it so that it is quite difficult or impossible to alter.

Adding to the security of these functions, the consensus measures required of all users on the network also help add further security. A single user could not substantially alter the record, as the design is understood by today’s users.

That does not rule out future innovations that might threaten that security, but at press time IBM and other companies like it identify other risks as being more relevant today.

What are those risks? Basically those associated with hacking and data theft–you are more likely to have your private keys stolen by a hacker than to experience a hacking attempt that tries to compromise the blockchain process of validation, consensus, etc. itself.