If you’re new to crypto, you’ll definitely want to know some important blockchain basics. What is a blockchain, how does one work, and why should you care?

Cryptocurrency relies on a specific system called blockchain or blockchain technology that facilitates online transactions without the need of a bank or other third party. 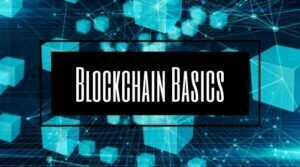 Blockchain is what makes cryptocurrency possible but some confuse the currency with the technology. Bitcoin and Binance are just two examples of the literally tens of thousands of digital currency or coins that are made possible by blockchain technology.

Think of blockchain as a kind of digital diary or ledger that can hold records of digital currency and the unique keys that accompany each Bitcoin, Dogecoin, etc. Each coin has keys. Those keys can be transferred to someone else by the two parties simply agreeing to the terms and conditions of the transfer and executing it.

The unique keys, the lack of a middleman, and the decentralized nature of blockchain (there is no central repository to rely on, the very nature of this tech is in its decentralized approach).

In the same way that humans and other mammals have a central nervous system but an octopus does not, blockchain is the “octopus” of this digital ecosystem. The technology functions without input from a centralized network or “brain”.

Is there a way to compromise a decentralized public record of transactions, trades, proof of work, proof of burn, etc. in order to steal cryptocurrency? It’s impossible to say there is NO POSSIBLE WAY...hackers can and do find their workarounds to even the most sophisticated security arrangements.

But the key to being more bulletproof, so to speak, with Blockchain? From an end-user perspective it has much to do with those private crypto keys you need to provide to buy, sell, and trade digital currency.

With those private keys, you don’t have to expose your other private data--the keys do all the work for the transaction. No phone numbers, no addresses, no wire transfers, etc. if you are making a crypto-to-crypto transaction.

The fact that a blockchain record is fully accessible to the public is said to increase transparency and security even more. Faking a crypto record is said to have a higher degree of difficulty than it might be worth.

As with all things electronic and online, that may not be a truism for long depending on the technical innovations of those who want to compromise the system, and human error can account for some of the potential liability there too, depending on circumstances.

The Functionality Of Blockchain Tech: How Does It Work?

If you want to sell or buy using Bitcoin or other virtual currency, you rely on a network of computers around the world all dedicated to using some or all of their computing power to perform operations designed to, among many other things, verify the ownership of coins, who they are transferred to, and by how much.

The blockchain record is formidable--it is considered unhackable, unchangeable except in the normal course of accepted operations.

Whether blockchain is truly unhackable remains to be seen (absolutes in the world of computing tend to be a bit problematic) but under the conditions current at press time, they are viewed by many as a kind of Fort Knox of virtual currency in terms of how secure the operations are.

To complete a transaction using Binance, Ethereum, etc. the owner of the coins before the sale must be verified. That requires some computations recorded in the blockchain for that currency. Then the sale or trade happens, and that too must be recorded in the decentralized, online ledger.

The record will show X coins fewer for the buyer and the same amount of coins added to the seller’s record. These are recorded online in the blockchain, presumably forever.

The computers who do all this verifying can be thought of as “auditors” and the work they do in facilitating the trades and sales online are part of cryptocurrency mining operations as the auditors that complete a certain set of required functions in sufficient volume and timing.

Why does timing count? There may be several computers from a variety of locations working on a single action to verify transactions and other activities used to mine coins. But there can be only one “winner” in such cases--the computer or network that completes the tasks first “wins” the virtual currency “paid” as a reward for doing so.

We mentioned hacking earlier and the idea that blockchain technology is thought of to be fairly hacker-proof. But there ARE ways some try to game the system. One way is by trying to use the same private keys for a crypto coin more than once. Essentially you are spending the same dollar bill over and over again until caught--the reason people are tempted to do this is because the decentralized nature of the system might **seem** to have a blind spot where reusing your crypto keys is concerned.

But don’t count on being able to get away with such practices--they are well known in the space. Other liabilities have more to do with scammers trying to get you to pay real money in order to withdraw or use crypto, celebrity impersonations endorsing a certain type of crypto, etc. But most of these have nothing to do with the technology itself in terms of hacking.

But there are new developments and incidents all the time. It pays to stay informed about the latest issues surrounding the online networks and tech used to support blockchain operations--you’ll want to know what the liabilities and vulnerabilities are to protect your investment, your data, and your privacy.