What is the Bored Ape Kennel Club? This NFT project is from the same people who created the Bored Ape Yacht Club (BAYC): Gordon Goner, Gargamel, No Sass, and Emperor Tomato Ketchup. 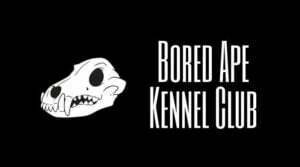 The differing values can be chalked up to variations in the aesthetics of the NFT. The token must be unique but software can be used to allow the token ID to be used as an input with the output being an image of the NFT artwork.

BAYC was started in April 2021, when the Bored Ape NFT was put up for sale (for .08 ETH) quickly selling out, and with price tags climbing into the millions of dollars. BAYC has over a billion dollars in trading volume, and its no surprise that this project is spawning variants and associated projects.

One such variant, the Mutant Ape Yacht Club, raised somewhere near $100 million. A single run of 10,000 Mutant Ape NFTS sold out in about an hour.

When BAYC unveiled the Bored Ape Kennel Club, it announced it as another NFT project featuring, as the name implies, digital cartoons of dogs created in the same style as Bored Apes and Mutant Apes.

“It gets lonely in the swamp sometimes.” That’s the opening statement of the BAKC page, which encourages investors who are interested in Bored Apes to also welcome “a four-legged companion” or at least the digital image of one.

Bore Ape Kennel Club NFTs were never intended to be sold in their initial run–this is an NFT drop aimed at current members of the Bored Ape Yacht Club, who must claim the NFT and pay a gas fee for the transaction.

This NFT project features a scheduled drop for the NFTs, and a week following on June 25, 2022 the dogs are revealed for the first time. They are not made viewable when minted but following the week-long “adoption drive”, NFT owners get to see their “dogs” and any unclaimed NFTs will “never” be seen again.

Since these NFTs will not be made available for sale but are instead offered as perks for those who already own Bored Ape NFTs, what’s the endgame for this project?

BAYC gets a royalty for every one of the Kennel Club NFTs sold on the secondary market at places like OpenSea. And there are plans to donate all proceeds from those royalties to animal rights causes such as no-kill shelters. After a six week period of collecting such royalties, they will be eliminated from the remaining Kennel Club NFTs.