In the world of non-fungible tokens or NFTs, there is a wave of interest among collectors for series-based collectibles including the Bored Ape Yacht Club’s collection of…yes…artwork featuring bored apes and their variants. 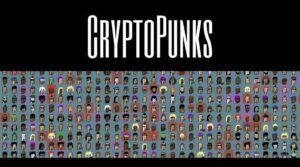 Another version of this type of NFT collectible is the Mutant Ape Yacht Club collection which features the use of multiple NFTs in order to create new variants that are also collectible.

Another step in this NFT parade, so to speak, is the CryptoPunk collection; a group of pixel artworks created to buy, sell, and trade among collectors in the same way as the Bored Apes and Mutant Apes.

Each CryptoPunk has its own unique look, colors, and features and some of this collection are depicted as zombies, aliens, and apes. Each variant type likely has its own fans or collectors.

The short answer is, “They used to be.” When these were first offered, anyone who had an Ethereum wallet could get one for no cost. But even with 10,000 CryptoPunks available, all unique and no two exactly the same, they were all scooped up in short order and now can only be acquired by purchasing them from someone else via the blockchain.

How Much Do CryptoPunks Sell For?

Now that they are no longer free and scarcity is applicable to these NFTs, one CryptoPunk was made available for sale for nearly 70 ETH or more than $206,000.

Who Is Behind CryptoPunks?

The CryptoPunks NFT collection was launched in 2017 as part of the Ethereum blockchain. The company behind these NFTs, Larva Labs is a two-person operation in Canada making projects in the uniquely 21st century concept of NFT art.

In fact, Larva Labs is thought to be responsible for the current NFT craze altogether. Other players in the NFT space putting out their own limited-edition NFT art projects include Cryptokitties, Bored Ape Yacht Club (see above), and Beeple.

At press time, there are said to be 10,000 CryptoPunk tokens and in spite of the creators’ claiming punk as part of the inspiration for the project, the CryptoPunk NFTs are described by some sources as more of a status symbol (think about a digital version of a Mercedes-Benz logo) than something true to the spirit of those influences.

When this series was first issued, the images created for the project were too large for blockchain storage; the issuers instead created a composite image featuring all the CryptoPunks then available and embedded that image into the Ethereum contract.

Since the launch of this NFT art project, the original limitations have been addressed and the artwork images are (at press time) available for viewing individually. There is a special “hash” that allows potential investors and traders to keep the system honest. And based on what Larva Labs has said about CryptoPunks, that might be some welcome information.

Why? Because this particular NFT series pre-dates the ERC-721 standard and are, in the words of Larva Labs, “almost an ERC20 token”. This series is on a “custom contract” and as such there are no applicable standards.

This might raise an eyebrow of an investor or two, but the NFT creators say they “support the methods that provide your balance” so if a collector purchases a CryptoPunk, they can monitor it as a token inside a crypto wallet.

In order to collect CryptoPunks, you’ll need to use a Chrome plugin called MetaMask that allows sites you authorize to access your Ethereum account. You will need to own or purchase Ethereum if you are opening a new account, and once these steps have been taken you can use the plugin to bid, buy, sell, or trade CryptoPunk NFTs via the interface.