In 2009, Bitcoin made its debut and changed the face of online investing forever. Whether you think that’s for the better or not, there is no arguing that crypto, blockchain technology, NFTs, and all things related to them have been a major disruptive force in a variety of sectors including financial regulation.

There is no single standard for regulating or approving the use of cryptocurrency around the world. In the realm of decentralized finance, (globally) decentralized regulation shouldn’t come as a surprise. 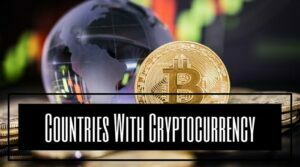 That is why some countries have outright banned crypto altogether (China) while others are using crypto as legal tender (Ukraine).

The short answer is, it depends.

The concept of legality is a tricky one. Some countries tolerate Bitcoin, Ethereum, and others. Some countries actively push against crypto. And others take a more seemingly passive-aggressive approach, refusing to ban crypto outright but enacting laws that effectively hinder what you can do with crypto under those rules.

And that’s the tricky part of investing with crypto or investing in crypto. Many of these rules are so new that they have not at press time been challenged in a court of law.

That makes a huge difference in some areas like Canada or the United States, where laws and proposed laws may be applicable but have not been subject to a legal challenge.

Remember the Communications Decency Act? This federal law was thought to be a too-restrictive game-changer with the potential to hold third parties (internet service providers) responsible for the content posted by their users online. And for a time, it was the law of the land, but it could not withstand a Constitution challenge and much of the law’s objectionable regulation was stripped away by court decisions.

And that’s the key to understanding why crypto investors can find themselves in a precarious position. If you aren’t sure what the laws even are, or aren’t sure how they apply to you, you are in a high-risk situation should a federal government decide to enforce those laws when you buy, sell, or trade.

Countries Where Cryptocurrency Is Legal

Remember, “legal” does not necessarily mean you can use Bitcoin or other coins as legal tender. In the U.S. you don’t have the ability to use crypto as currency across the board.

Your home loan lender, for example, won’t accept crypto as a source of a mortgage loan down payment. Typically this is true in cases where the buyer wants to pay directly with crypto without it being converted to cash. And you can’t pay your tax bill in crypto, either.

But the United States may be in danger of falling behind the times, if developments in El Salvador are any indication. President Nayib Bukele made Bitcoin a legal form of payment, legal tender as designated by the El Salvadorean government.

There is no long-haul study or data that may point to this move as a good or bad idea — that remains to be seen and at press time it is far too early to speculate which direction that could take El Salvador if times get tough in the future.

Being “legal” means being on a spectrum of legality that starts with tolerance of crypto at one end (the United States could be considered a “crypto tolerant” country) and seemingly full acceptance of it at the other (Ukraine).

Which countries are considered crypto friendly? The USA is definitely one even if the legislative interest in regulating crypto is basically in its earliest stages at press time. Canada is another, followed by the European Union and Britain.

Having the sheer volume of nations that belong to the EU being in a position to accept or regulate cryptocurrency seems to imply that virtual currencies are here to stay, but how they will operate going forward is fairly up for debate given the rising interest in regulation, oversight, fraud prevention, and related issues.

Other areas that accept crypto include:

Countries Where Crypto Is Illegal

Some countries take a dim view of decentralized finance in general, holding that it makes money laundering, drug trafficking, and other illegal acts far easier to get away with due to the anonymous nature of the crypto ecosystem. Some countries ban it outright, most notably China, but also:

Some countries do not ban cryptocurrencies across the board but impose such restrictions that you may feel an actual ban might as well be in place. Remember, not all countries approve or ban crypto with the same degree of regulation. Some may simply legislate against one specific, critical aspect of cryptocurrency while leaving the rest unregulated. Others may have complex and difficult-to-comply with rules for multiple aspects or facets of the industry: