ApeCoin is the name of an Ethereum token offered in association with the Bored Ape Yacht Club project. ApeCoin isn’t like the Bored Apes NFTs or other collectibles; instead this coin is used for “governance and utility” allowing those who own it to take advantage of certain privileges. 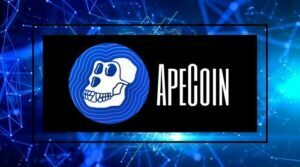 Specifically that means those who hold ApeCoin tokens will not only have access to rewards, games, and perks associated with the token. Owning one also means having voting rights in discussions about the future of the coin and how the project may be operated.

ApeCoin is technically not under the perview of Bored Apes Yacht Club (BAYC); instead it is governed by ApeCoin DAO, established specifically for this project. The DAO is supported by a foundation charged with making the project’s goals happen.

ApeCoins can be purchased by anyone, but those who own Mutant Ape Yacht Club or Bored Ape Yacht Club NFTs are provided access to them automatically. You have to claim your ApeCoin tokens at the official site.

There are nuances to this offering. If you own an original Bored Ape Yacht Club or Mutant Ape Yacht Club NFT, you are rewarded with ApeCoin tokens you can claim. But if you own Bored Ape Kennel Club NFTs, the offer is not open to you unless you already own one of the other previously mentioned NFTs.

ApeCoin DAO and the APE Foundation

ApeCoin DAO makes the decisions about the future of the project, and the APE Foundation is tasked to carry out the decisions made by the DAO. The foundation provides stewardship for the project but does not exercise control over it. The word “foundation” in the name is meant to be taken literally with those who own ApeCoins being responsible for building upon that foundation.

ApeCoin and the Foundation are designed to be community led and the aim is to take what is already decentralized and make it more so as the project moves forward.

The APE Foundation Board

The board was created to serve the ApeCoin community, and members of the board serve for limited terms and must be voted on annually. At press time, the APE board consisted of some impressive names including the co-founder of Reddit, Alexis Ohanian, Dean Steinbeck at Horizen Labs, and Amy Wu from FTX.

Aside from voting rights and other perks, third parties see ApeCoin as a way to encourage the token’s owners to take part in online gaming events and platforms open to those who have the token.

Some game developers including nWay announced special in-game surprises or rewards exclusively for ApeCoin owners. At least one real estate company has announced it may accept ApeCoin for “in real life real estate” in Miami.

ApeCoin in the Metaverse

The recently announced metaverse called the Otherside by Yuga Labs could possibly feature a new use case for the APE coin. At this point in time, little is known about the new metaverse but the company has claimed that it will be “powered by ApeCoin”.

Unlike NFT projects, planned scarcity does not seem to inform the strategy behind ApeCoin. Some sources report the total number of tokens issued or to be issued is a whopping one billion.

Those who hold qualifying NFTs from Bored Ape Yacht Club Or Mutant Ape Yacht Club tap into a supply of 150 million tokens with a limited amount of time to claim them. The ApeCoin DAO had 470 million coins earmarked for its treasury

At least a portion of the ApeCoin supply has been subject to a 12-month hold but those who hold qualifying NFTs are free to claim and trade their tokens immediately.

Many of the allocations have a 12-month lockup. ApeCoins allocated to NFT holders that were claimed Thursday were free to be traded right away.

Where To Buy ApeCoin

You can purchase ApeCoin at any of the following exchanges: